Hi! My name is Matthew Jacobson.

I am an experienced software developer and data scientist with a history of working in both a professional and research setting. I currently lead a team of data engineers in MindGeek's Data Services department, working on various high-performance, low-latency APIs as well as web-scale machine-learning pipelines in the field of audio and visual fingerprinting and digital forensics. I also contract with the University of British Columbia to develop web-applications based on research in the field of bioinformatics.

Leading up to this, I worked full-time as a senior software developer in the Pavlidis Bioinformatics Lab to architect and implement research-oriented applications dealing in large-scale computations and/or data. Furthermore, I would both engage in neuroinformatics research and mentor staff in the benefits of applying sound development practices. Prior to the Pavlidis Lab I worked as an analyst and software developer in the financial sector at Pivotal Payments. My role there was to develop programmatic solutions to automate operations tasks while acting as a liaison between financial reporting and the development teams.

The strengths I bring to my work are not particular to any specific discipline but to the field of scientific programming itself. I am remarked for my ability to apply my skill-sets while learning a novel field of study and distinguished for my ability to become a knowledgeable contributor in ways outside the scope of expectation. 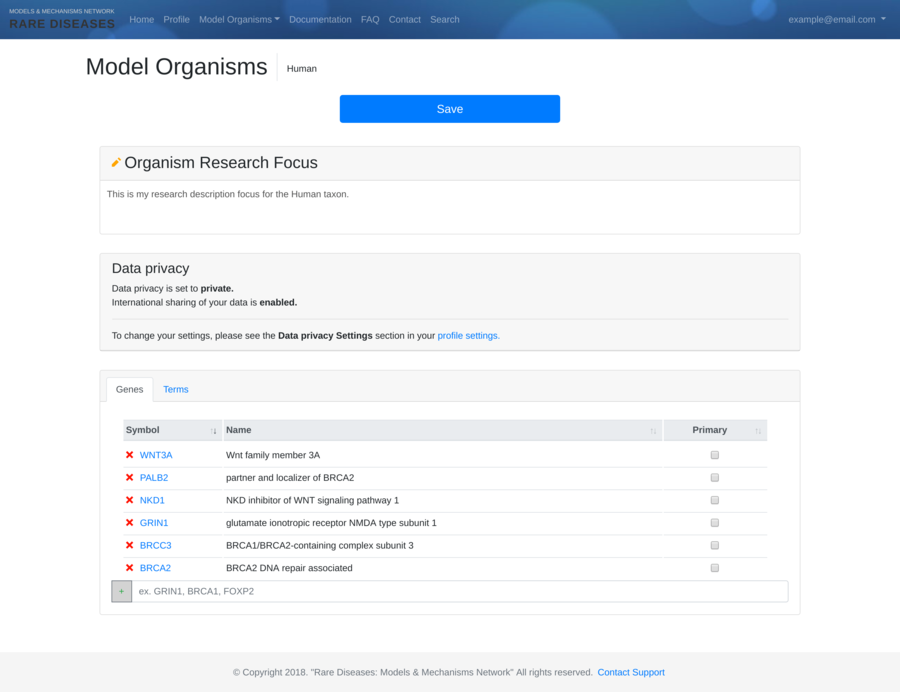 The Rare Diseases: Models & Mechanisms Network has been established to catalyze connections between people discovering new genes in patients with rare diseases, and basic scientists who can analyze equivalent genes and pathways in model organisms. Catalyst Grants fund projects that will allow rapid confirmation of potentially disease-causing genes, and fuel pilot studies to improve understanding of how specific gene mutations cause disease. It is intended that collaborations across the Canadian biomedical community will expedite the understanding of disorders, enabling the design of new therapies to the ultimate benefit of those affected by rare diseases. 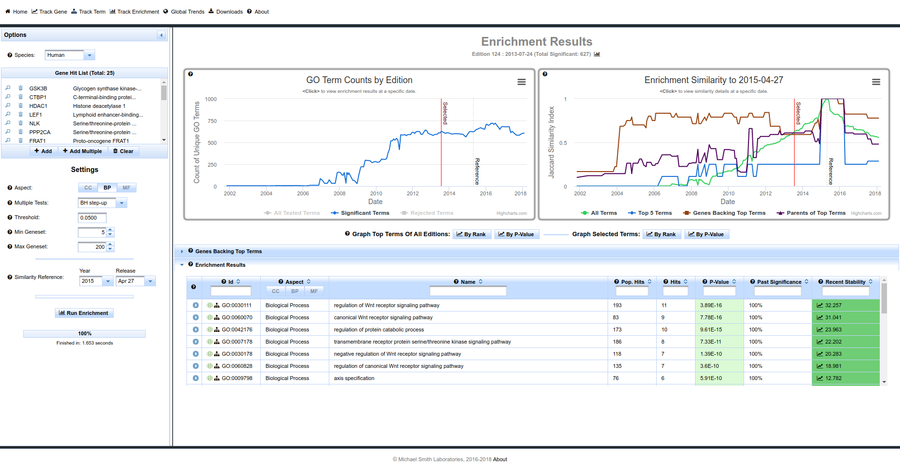 A web-based system and database that provides access to historical records and trends in the Gene Ontology and GO annotations (GOA). GOTrack gives users access to gene- and term-level information on annotations for nine model organisms (including human) as well as an interactive tool that measures the stability of enrichment results over time for user-provided “hit lists” of genes. Capable of performing and visualizing real-time statistical analyses on large datasets. 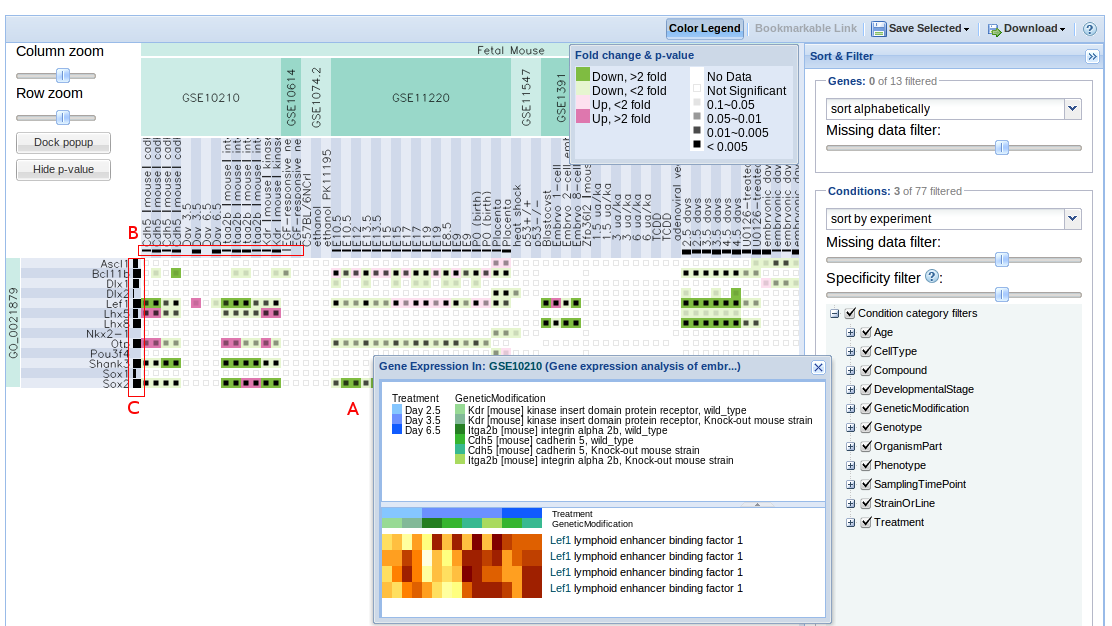 ASPIREdb is a web-based software system for the analysis and visualization of genomic variants (CNVs, SNVs, and Indels) and phenotypes. Potential users include researchers who are trying to understand the relationships between discovered variants and phenotypes. 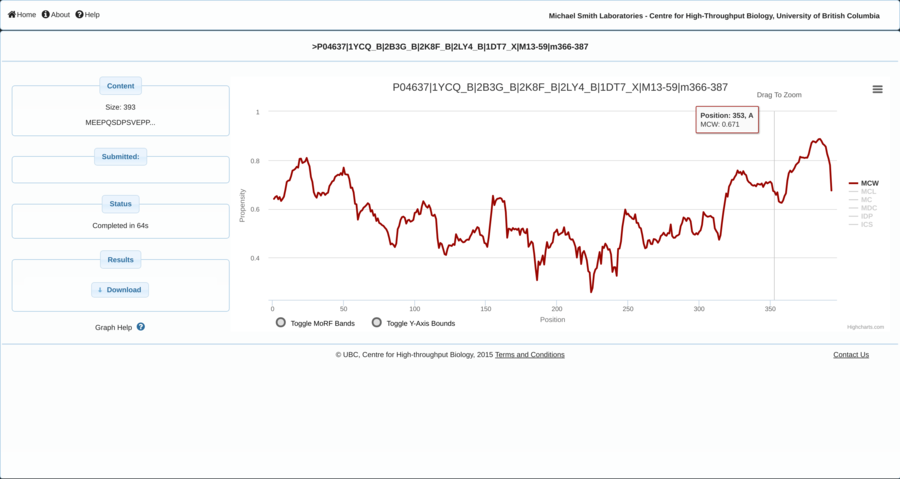 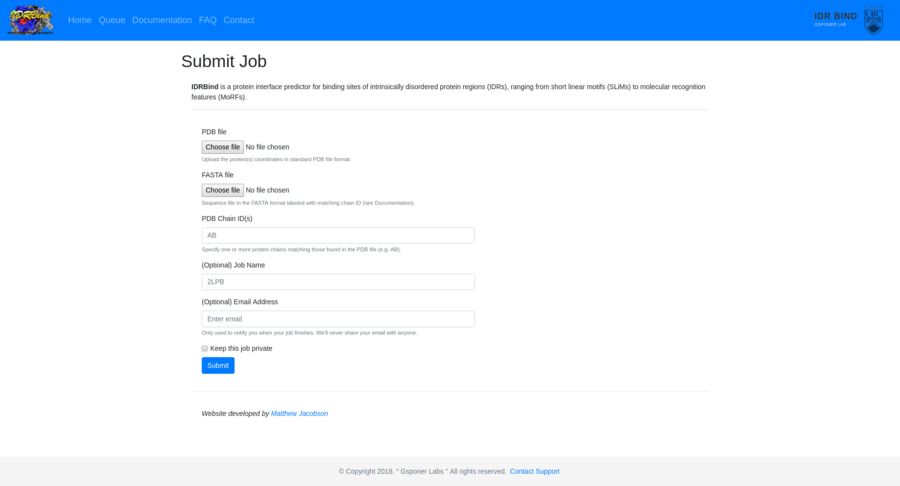 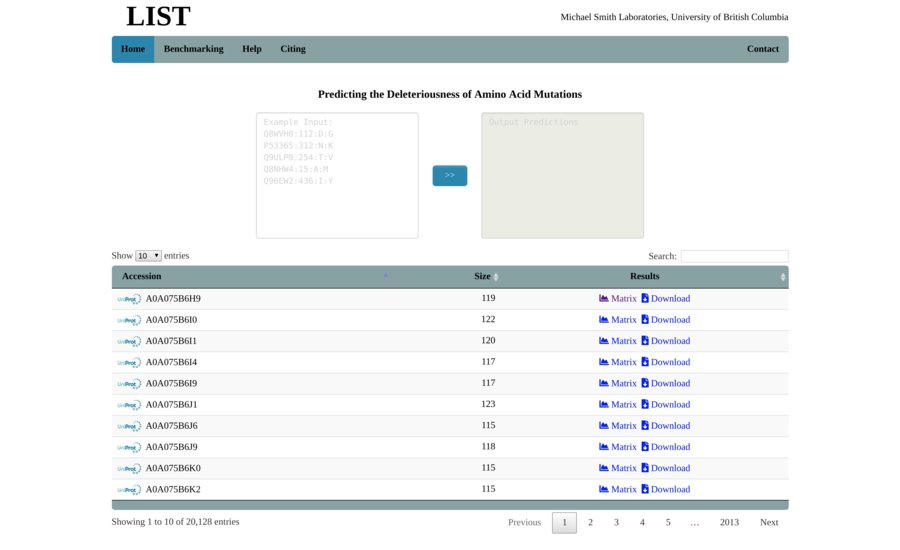 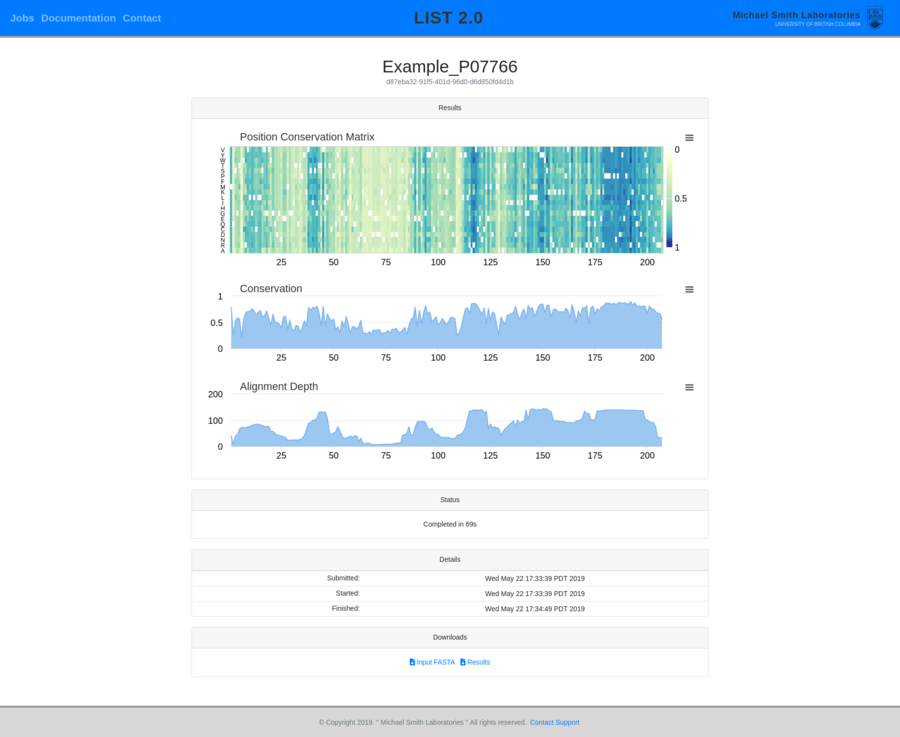 LIST 2.0 predicts the deleteriousness of amino acid mutations in human protein sequences. First, it aligns (pair-wise alignment) the query sequence to all protein sequences in the UniProt Swiss-Prot/TrEMBL database and then it identifies the most relevant homologies based on their local identity to the query sequence around the position of the target mutation. And finally, it estimates the potential deleteriousness of mutations based on Taxonomy distance of species with variations to the query.